Tegua Island forms part of the Torres Island chain, which is located in the northern most islands in Vanuatu.  The only village in Tegua is Lateu, with a population of just 58.  Tegua made news headlines in 2005, when it became the first community to be relocated due to climate change.  The villagers became displaced after repeated storm surges and waves swamped their coastal homes.  A project was undertaken that built homes in the interior of Tegua, on higher ground for the villagers. 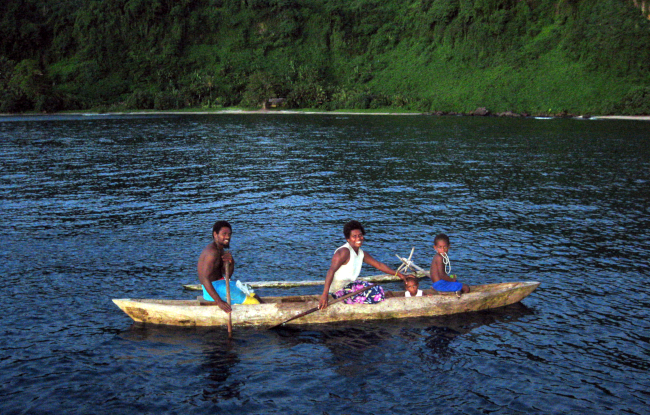 Friendly locals paddle up to say hello and to see if we wanted to trade.

Our Time on Tegua Island

We sailed to Tegua Island and spent a few days there.  While we were ashore playing, a man approached Dad wanting to trade coconut crabs for ‘Tings’ (things).  Dad and the man went back to the boat to locate some trade for the crabs, while we stayed on shore.  We met two sisters, who showed us how they caught coconut crabs.  They got vines, tied them up and then washed them.  They gave us a crab. 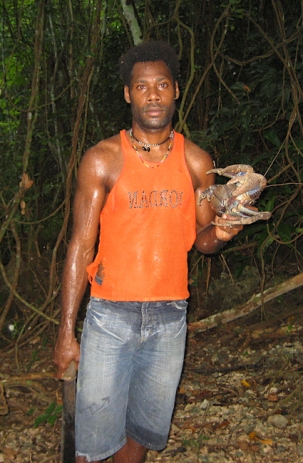 Dad cooked up the crabs and extracted the meat from them.  Mum made a crab pasta for dinner, I wasn’t much of a fan.

Dad and Josh went out with some locals and brought back a delicious lobster for dinner.  I much prefer lobster to crab.

I loved our time on Tegua Island.