Vanua Lava is the second largest island and is volcanic and forms part of the Banks Island group. The population of Vanua Lava is approximately 2 623 and they speak four indigenous languages.  Vures has about 2000 speakers, Vera’a with 500, Mwesen with 10 and Lemerig with 2 speakers.  Vanua Lava’s highest altitude is Mount Seretimiat, an active volcano standing 921 meters, whose last eruption was in 1965. 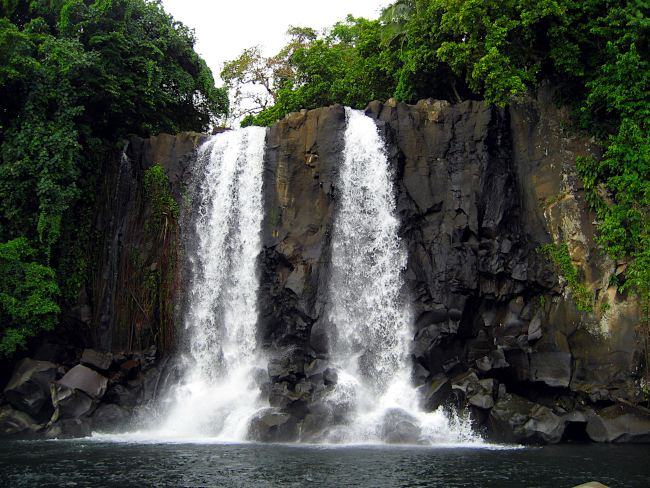 We dinghied towards the shore where we encountered a large shallow reef, that Dad had to navigate through.  Some of the local kids swam out to us and pulled the dinghy through the reef, with no shoes on. 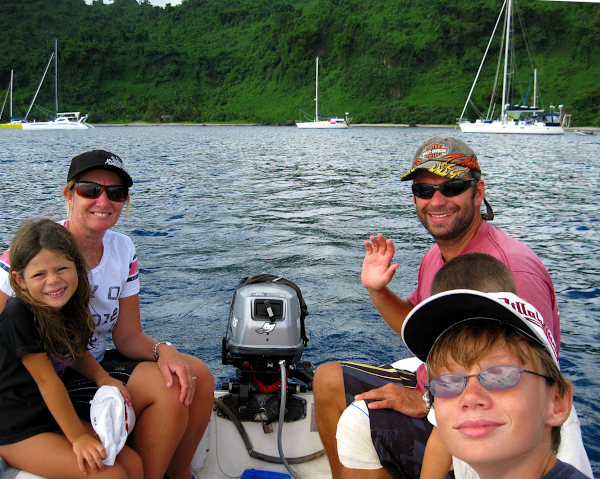 The chief met us on shore and took us to the waterfalls.  He explained how they caught prawns by shooting a bow and arrow into their head.

We all went for a swim in the cool waters of the waterfall.  Dad showed one of the local girls how he could make water music.  She looked decidedly shocked and embarrassed with his efforts. 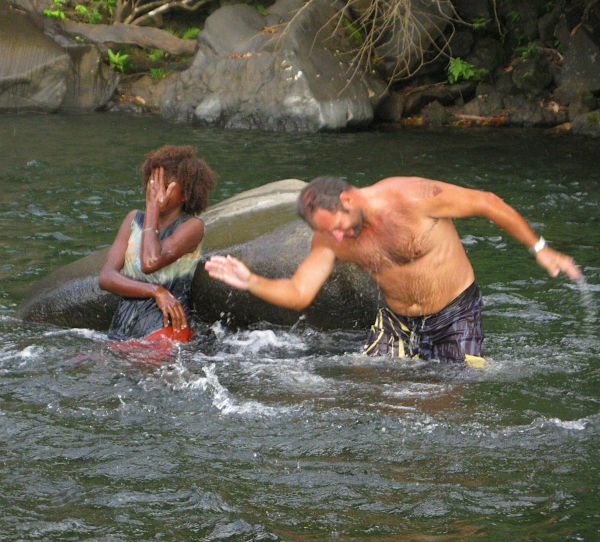 Tristan and I went with Dr Allan and walked behind the waterfall, which was very wet and slippery.  We came out between the two falls, from there we clambered down through the second waterfall’s spray.