Galle is located in the south-western tip of Sri Lanka.  Prior to the arrival of the Portuguese in the 16th century, Galle was known as Gimhathiththa.  The Galle port was used long before the arrival of the Portuguese by Persians, Arabs, Greeks, Romans, Malays, Indians and Chinese.  The Portuguese fleet arrived in 1502, when on route to the Maldives they were blown off course by a storm and ended up in Galle.  Their reign was short lived, because in 1640 the Portuguese were forced to surrender to the Dutch East Indies Company.   The Dutch built the fort in 1663 and ruled the country until the British took it over in 1796.  It wasn’t until 1948 that Ceylon (Sri Lanka) was granted independence from Britain and became a republic within the commonwealth.  In 1972 the country became a republic, changing their name to Sri Lanka.

We only spent a day in Galle having decided to cut our trip short.  We unfortunately had a terrible guide for 9 days and we had, had enough.  The only thing we visited was the Galle Fort.

The Portuguese originally built a fort at Galle, but the one we see today is largely due to the dutch who constructed the thick walls or ramparts that surround the city during the 17th century.  The walls are thick enough that you can walk along them and look down at the surrounding city, the lighthouse, clock-tower and if your lucky you may see kids playing cricket. 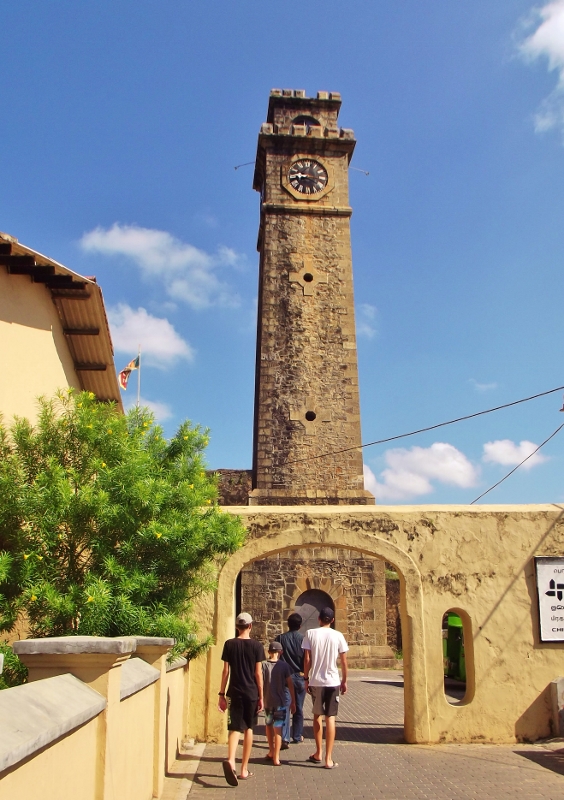 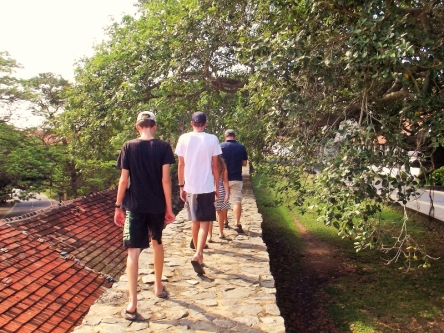 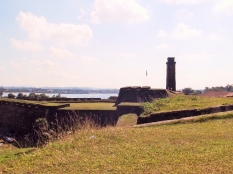 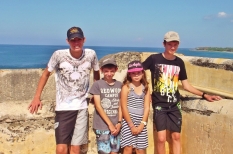 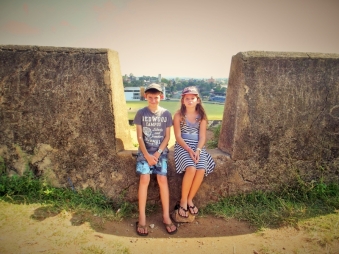 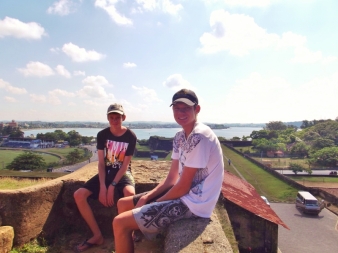 One thing I have learnt from this trip is that we are not really tour people, we are more independent travellers.  I usually research what we are going to see, book all the accommodation and car and we drive and do it ourselves.  I think we will stick to our own method of travel.