St Lucia in South Africa is home to one of the largest Estuaries in Africa, stretching 85 km south to north and 22 km at its widest point. The estuary itself is located within the iSimangaliso Wetland Park World Heritage Site, South Africa’s first world heritage site in 1999 and covers 332 000 hectares including 230 km of coastline.

The St Lucia Estuary is home to over 800 hippos, an estimated 1 200 Nile crocodiles and an abundance of migratory birdlife, including flamingos. The St Lucia Estuary is undergoing restoration work to clear the silt, sand and vegetation which has stopped the Unfolozi River from flowing out to the Indian Ocean.  It is hopeful that when the area recovers from drought and receives good rain that the river will again flow into the ocean and raise estuary levels. 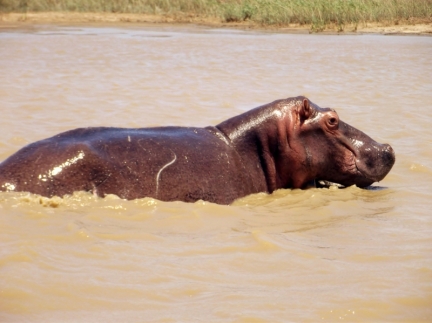 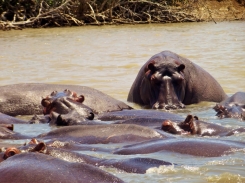 We decided to use St Lucia as a base for our three day stay in the area as it is ideally located to visit game parks, do river cruises and visit the rehabilitation and has a large selection of restaurants and supermarkets if you want to cook meals yourself.

We began our visit by doing one of the hippo and croc cruises.  We chose not to pre-book and went to the Siyabonga Jetty where there are plenty of cruise boats and they leave fairly frequently.

We spotted lots of hippos, crocodiles and flamingos on our cruise, but the thing the kids liked the best was getting to hold a hippo’s tooth. 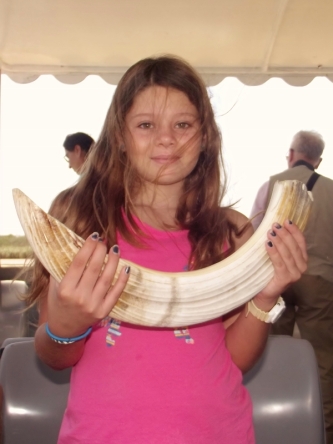 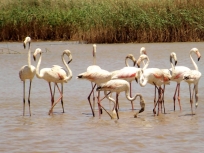 Probably the coolest thing about St Lucia is the opportunity to see hippos walking in the streets or grazing in a park in the early mornings or evenings.  Josh spotted a hippo casually grazing in a park, oblivious to the cars and people going past.  On our way back from a restaurant one night there was a hippo strolling along the pavement on the opposite side of the road and pedestrians and cars just quickly got out of its way. 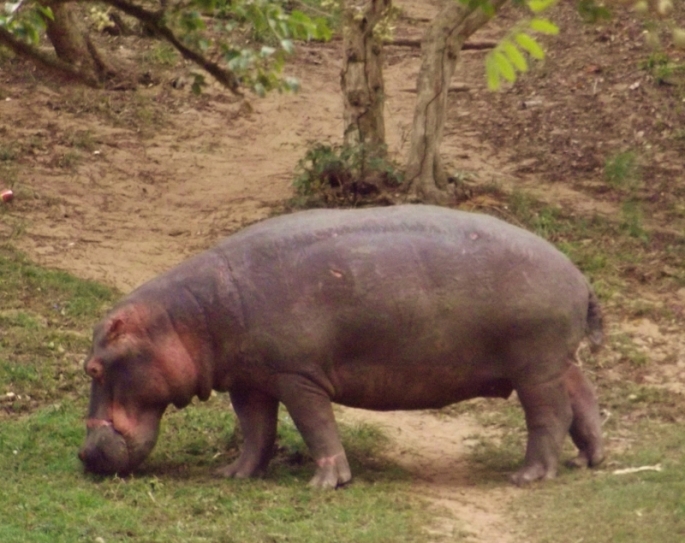