We woke up to the howling wind and the rattle of windows at the kasbah we stayed at and it improved little throughout the day.  The drive to Atlas Studios was through a sand storm with the wind pushing the car around on the road. The wind continued throughout our visit to the studios, whipping our hair around and blowing sand in our eyes and ears, you can understand why they wear the turbans.

I loved the studios, there are no rides, special effects or characters dressed in costumes like at Universal Studios. The site does however have the sets that were constructed for different Hollywood movies like The Mummy, Gladiator, Prince of Persia, Kingdom of Heaven, King Tut, Black Hawk Down, Kundun and many more.  Its amazing to think these sets made from plaster, fiberglass, wood or polystyrene that look so real were constructed anywhere from months to years and some of them were only used for a matter of minutes in a film. 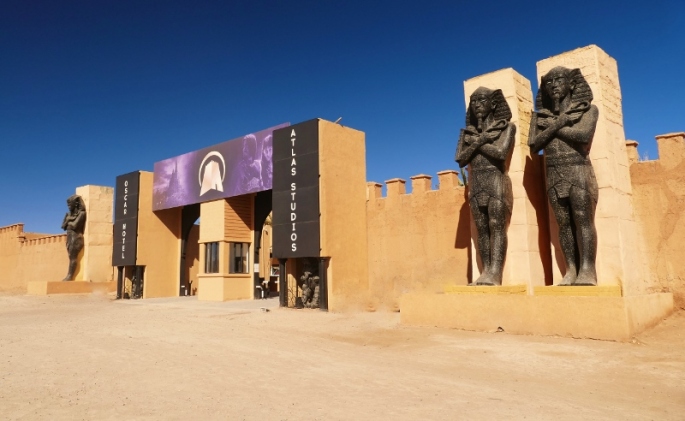 We had a guide named Abdul who took us through the studios and we were the only ones there. I saw some camels and horses being ridden in the distance and Abdul took us over to have a look.  Apparently there is a new American film being produced there starting in February, about the war in Baghdad and they are currently training the horses and camels for it.  I commented about a couple of the camels looking almost white and Abdul told us they were brought from Mali for the Prince of Persia movie and they stayed. 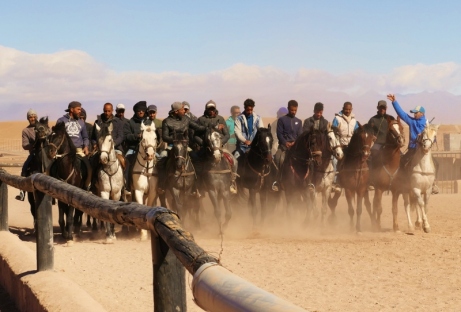 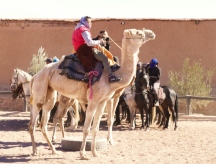 We moved on to the Egyptian set inside the studio that was used for Cleopatra, the Mummy and the french comedy, Asterix and Obelix: Mission Cleopatra.  The set was based on the Luxor Temple.  It looked a little different from the Luxor Temple we saw in Egypt. where the paint was almost non-existent, but it looked pretty cool. 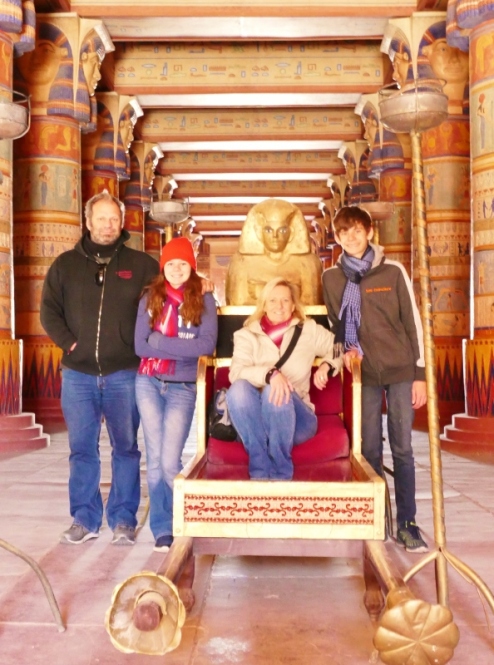 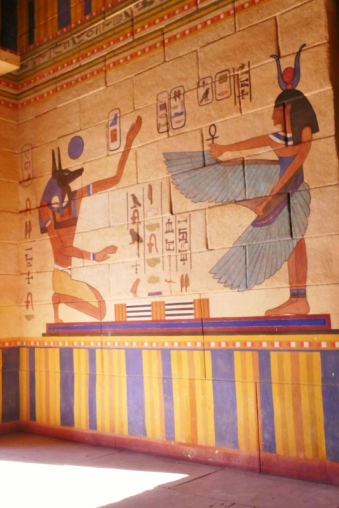 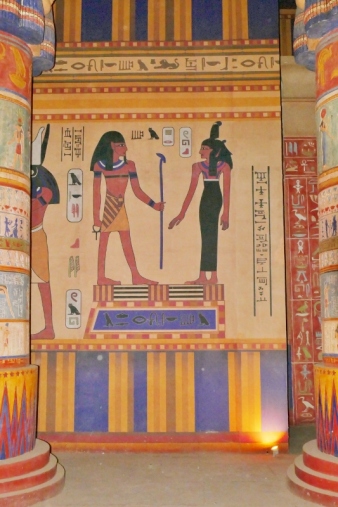 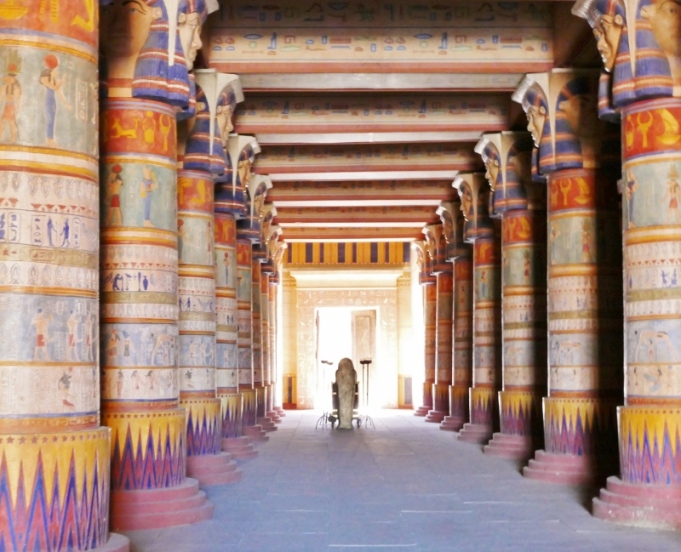 There are also several outdoor Egyptian sets, one is representation of Karnak Temple and the other was used in the Mummy, but I’m not sure what temple it represents. 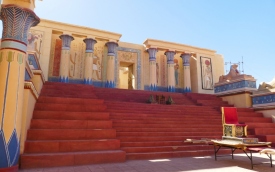 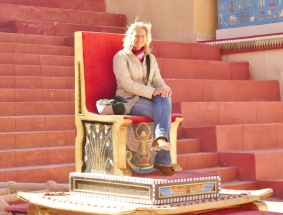 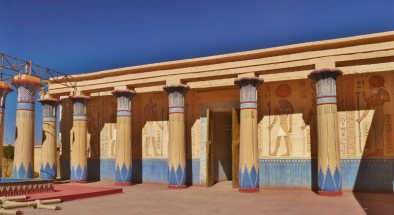 This set was used in ‘The Mummy’ 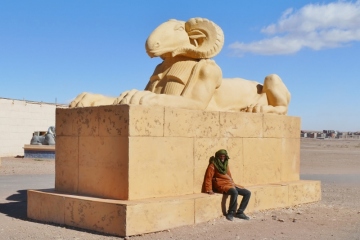 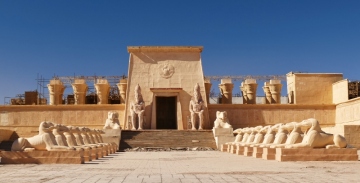 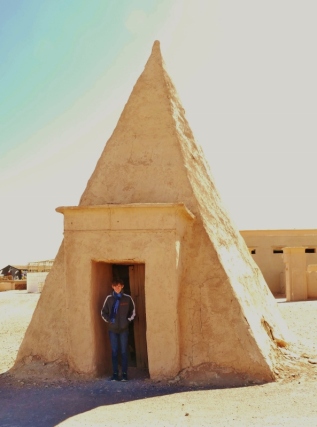 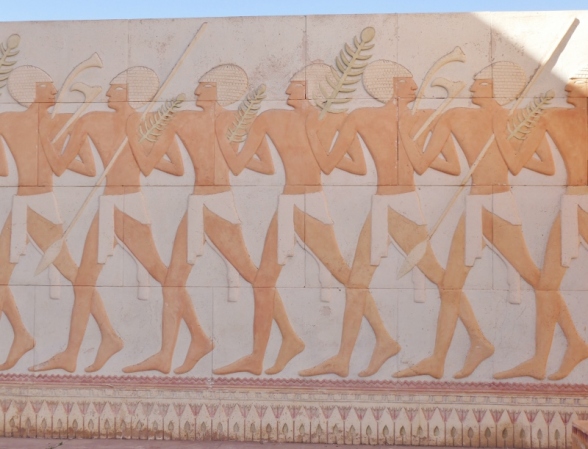 We also visited a set with lots of small rooms representing a kasbah that has been used in many movies from Jesus’s birth in Bethlehem to where the slaves were sold in Gladiator and where they were kept prior to going into the Coliseum. 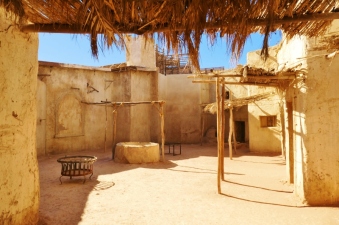 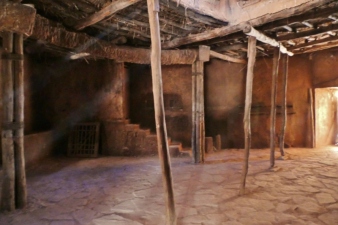 The final set we visited was for the movie, ‘The Kundun’, about the Dali Lama.  I have not seen the movie, but apparently the set at Atlas Studios and another scene shot in the Atlas mountains, makes up about 10 minutes in the movie.  The set itself took months to make. The large wat at the front is made of polystyrene and the statues are made from fiberglass. 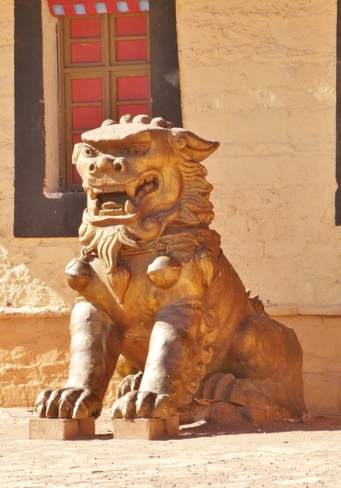 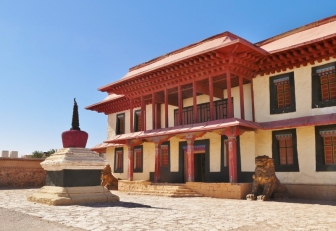 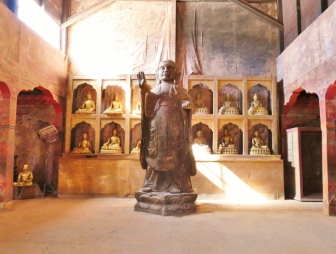 We wandered back to the beginning of the studios to look at the small props used in various movies.  I came out of the bathroom to discover Andrew riding the chariot from the movie Ben Hur, reenacting the scene. There is also the massive prop plane that was used in the 1985 movie for the ‘Jewel of the Nile’ and a variety of vehicles from the movie ‘Black Hawk Down.’ 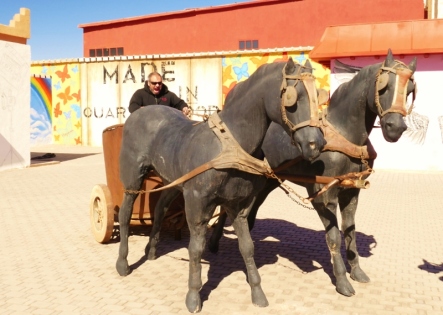 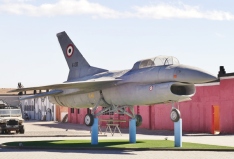 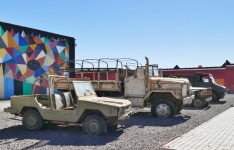 Although trip advisor says that the guide is included, when we asked about it, we were told that it is not true, if you want a guide you have to pay extra and they are near the entrance to the studios.  As we approached the studio gate, Abdul came up to us.  It cost us 100 DH or 10 euros for an hour tour and I think it was worth it.  You can go through the studio by yourself but I think Abdul explained so much about the sets, the movies and what extras he had done that it makes it worth having a guide.