We ended up anchoring in Playa Coyote and dinghying around to Playa el Burro.  We had a puppy and a kitten greet us on our arrival onshore and were eager to play and ended up following us on our hike. The girls named the dog ‘Hudson’ and the kitten was called ‘Kitty’. The trail can be seen clearly in the anchorage as you can see from the photo above, but not so clear when you reach the shore.  The cruiser’s guide describes the hike starting point as being behind Bertha’s restaurant and across the highway.   We followed the instructions and then spent the next 30 minutes trying to find an entrance, not as easy as one would expect, it seems.  We ended up finding a break in trees and clambered up the rocks until we could find white painted rocks indicating a trail, of sorts. 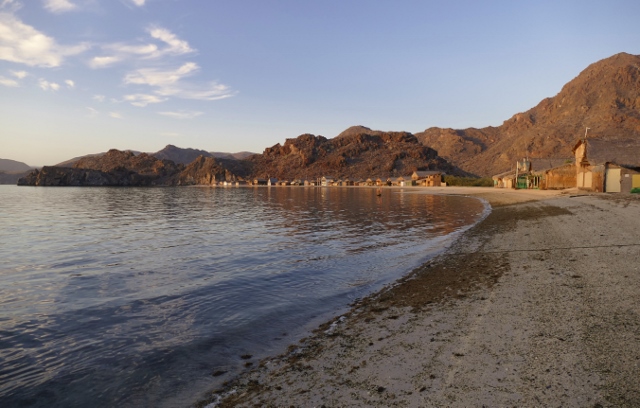 The shoreline of Playa el Burro 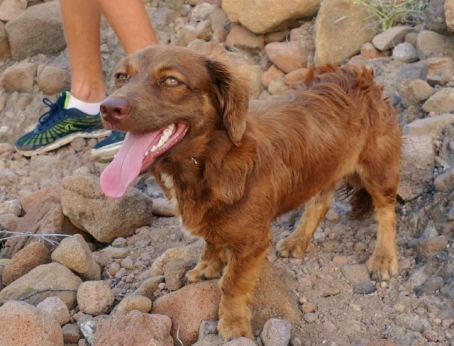 ‘Hudson’ and ‘Kitty’, named by the kids, followed us up and back on the trail.

The cruiser’s guide says that the petroglyphs can be found at the start of the trail, as we did not see any we can only guess we were not at the correct starting point.  Stephanie, Bronwyn, and Lachlan came to see the petroglyphs but after some time of not finding them, they decided to return to the boat.

Start of the hike

The first section of the trail is marked with cairns and white painted rocks and just involves scaling the rocks between the two.  It is a steep and very hot climb, even at 7.45 in the morning.  To our surprise, the dog stayed with those in the lead and the kitten chose to stay with Ava and Ada in the rear.  Andrew and Tristan had had enough part the way up and decided to go back down to the dinghy and swim instead.

Eventually, as it gets steeper the path becomes less rocky and more clearly defined, as it zigzags the remainder of the hill.  There were a couple of water breaks in the shade until we reached the top, or so we thought. 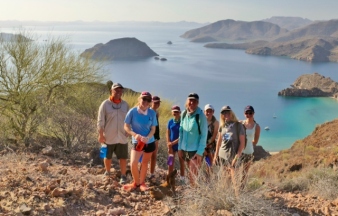 Rest stop on the left and the view from the top, or so we thought. 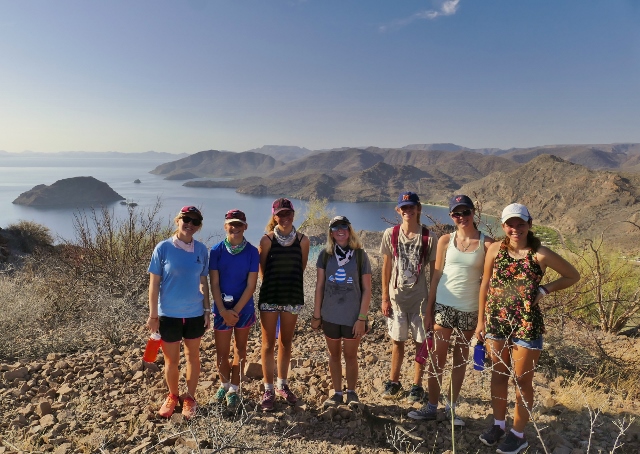 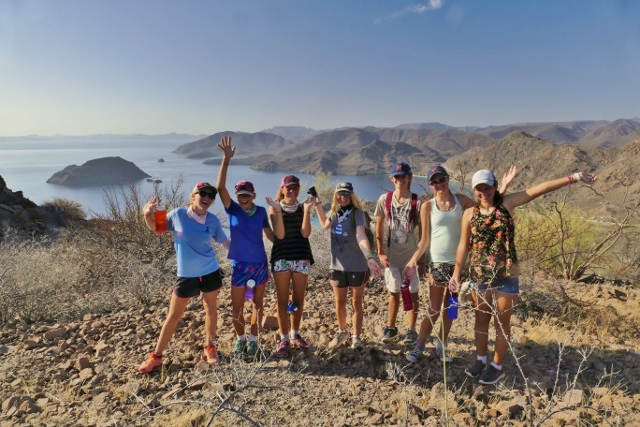 View from the top, oh wait it goes even higher

We finally considered that we had reached the top as the path became less clear and took a few photos before the long downhill walk. 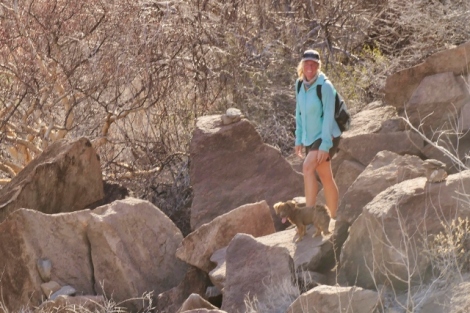 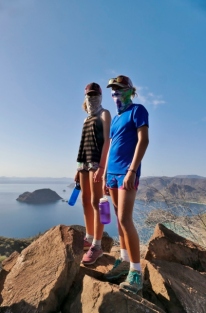 Photo 1: Julie continues on up, so we all eventually continue up. Photo 2: Sally and Riley PHoto 3: the rest of the group at the top.

Jamie and Max’s long legs easily ate up the distance getting them back downhill the quickest, the kids passed me, and eventually, Julie, Mark and I reached the bottom.  Mark had a geocache on his phone so we did a slight deviation off the path to see what we could find.  I’m not sure if the petroglyphs we found was what we were looking for, but I’m pretty sure they were not the authentic ones that were supposed to be at the base of the trail, but someone had drawn a pretty good goat. 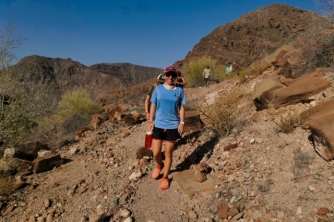 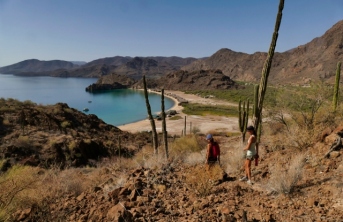 The hike back down 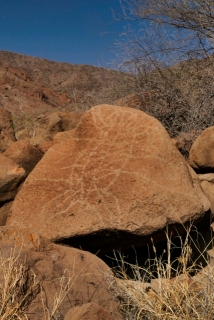 The Pteroglphys we found was a little different from the one in the cruiser’s guide, not sure we found the right ones.

Mmmmm, I’m pretty sure that this one is a modern interpretation of a petroglyph.

A long swim off the back of the boat ensued when we finally reached our boats to cool off.  It is so hot this time of year.

We left our boats at 7 am, but really to do the walk in the summer you probably need to go even earlier, and ideally, the hike would be better in the spring of fall.  The hike is probably not really suited to younger kids, but a kitten and a dog followed us up and made it fine, so maybe it would be okay.